Your guide to Pac-12 Women’s Soccer

Share All sharing options for: Your guide to Pac-12 Women’s Soccer 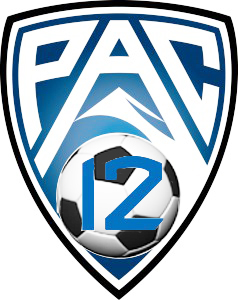 The official inauguration of the newly formed Pac-12 is almost here, but I thought I’d give you the lowdown on what’s in store for the conference next year now.  For the next few weeks, I’ll take a look at the sports that will feature all 12 schools in the conference.  These include:Women’s VolleyballWomen’s SoccerFootballWomen’s Cross CountryMen’s BasketballWomen’s BasketballMen’s GolfWomen’s Track & FieldUnfortunately, due to financial constraints (re: massive debt) at the University of Colorado, Pac-12 Baseball will only field 11 teams next year with new entrant Utah and the reinstatement of Cal Baseball.  However, that could change within the decade.  Softball does not field all 10-schools at the moment, and that is not likely to change, even given the multimillion dollar media rights deal.This week, the focus is on Women's Soccer.  It’s not a comprehensive, player-by-player look, but rather a commentary on the teams and their futures.

2010 SeasonLast season, the Pac-10 was one of the most competitive and difficult leagues in all of college soccer.  Only three teams ended with a losing record (Arizona, Wazzu, and Oregon).  The Stanford women, coming off a national runner-up season in 2009, had a lot of pressure to repeat, especially given the return of All-American Christen Press and star midfielder Teresa Noyola.  Two early season draws had people voicing some doubts, but eventually the Cardinal went on a tear, going undefeated and winning all their conference games, besting second place Oregon State by two games.  Eventually, though, Stanford would again fall in the Women's College Cup, this time to a plucky Notre Dame team in the national championship game.

Oregon State posted one of its best seasons in school history in 2010, going 7-2-0 in conference play and dropping four games in non-conference while leaving only one game in a draw all season.  USC, a team that has caused problems for Stanford in the past, came in third in the conference, and was one of only two Pac-10 teams to score on the Cardinal.  As for the Bruins, 2010 was undoubtedly a regression. One year after falling to Stanford in the Women's College Cup and posting an overall record of 21-3-1, UCLA dropped four conference games, good enough for fourth in the conference at 5-4-0, but also netted a three game losing streak in the middle of the season, resulting in a low-overall seed in the tournament that forced them to rely on PKs to beat BYU in the first round and again meeting Stanford, only this time in the third round at Stanford.

For California, 2010 was another step in rebuilding the team.  A 4-4-1 conference record and a 9-6-5 overall record was good enough for the Golden Bears to get in the tournament.  Unfortunately for them, Cal encountered a tough Duke team and fell in their first game in the postseason.  Perhaps the surprise of the season, both in the regular season and in the postseason, was the Washington Huskies.  After what seemed to be several years of stagnant play, with no finishes above fourth in the Pac-10 standings, last year was supposed to be a "better" year for the Huskies, yet they finished 4-5-0 in the conference, only good for sixth.  But the real surprise came in the postseason.  Despite their regular season finish and their lackluster 13-9-2 overall record, the Huskies barely made it into the tournament.  Washington then proceeded to finally live up to its potential, defeating Oklahoma and regional favorite Portland.  In Irvine, even though it took double overtime, the Huskies bested the Anteaters to advance to the national quarterfinals.  All in all, Washington played nationally ranked Boston College to a draw before falling to them in overtime, preventing Washington's first appearance in the Women's College Cup.

Down in Tempe, Arizona State's season was also a disappointment.  A 3-5-1 Pac-10 season combined with a 9-8-3 overall record prevented the team from a good seed in the tournament and eventually fell to UC Irvine in the first round.  For the Sun Devils, the high point of the season was a 3-0 decision over third place USC towards the end of the season.  Meanwhile, for the final three teams in the conference, 2010 was a year to forget.  Oregon managed the same conference record as the Sun Devils, but missed out on the postseason due to a 7-10-3 overall record.  Washington State had difficulty competing throughout the season, coming out with a 7-13-0 record and a ninth place conference finish.  For Arizona, 2010 was one of the worst in program history with a 1-8-0 last place conference record and a 5-13-2 overall record.

Over in the Big 12, the Colorado women had a decent, but in the end unsuccessful season.  An eighth place finish in the 11-team Big 12 and a 8-9-3 overall record didn't get them an at-large selection into the tournament, while a tie in the Big 12 tournament prevented the Buffs from the conference crown.  For Utah, the Mountain West actually gave the Utes ample opportunity to increase their win total, as Utah went 3-3-1 (4th) in the conference but ended with a 5-15-1 overall record.

Outlook - 2011
For the past two years, Stanford has been the crown jewel of the conference, having been to the Women's College Cup both years, advancing to the title game in each year.  To use a football analogy that some of you may be more familiar with, it was basically Stanford and the nine dwarfs.

That will most likely change this coming season.  A lot of the reason for the success of Stanford these past few seasons was attributable to one player: Christen Press.  To put into perspective how critical Press was to Stanford, she was named the most valuable player last year.  In the country.

No one is quite sure how losing Press to graduation will effect Stanford or the Pac-12.  The only sure thing is that the conference is expected to be another competitive giant.  After that, a lot of the prediction for this coming season is purely conjecture.  Based on how the season ended last year, Stanford should have a pretty good season even without Press.  Sophomore goalkeeper Emily Oliver, who won over the keeper position over three upperclassmen towards the beginning of last season, has been spectacular over the course of the past season winning several conference and national awards.

It remains to be seen if Washington's surprise NCAA run last year will carry over into this coming season.  After several years of heightened expectations, this might be the year that the Huskies have that banner year they've been preparing for these past few seasons.  As for 2010 runner-up Oregon State?  Things aren't expected to fall in Corvallis this season with their young players stepping into their role as favorites against everyone not named Stanford.

I may be in the minority in this opinion, but I actually believe that USC's 2010 season was a one-time event.  Historically, their crosstown rivals have been the more successful team.  Only one game separated the Bruins and the Trojans, and if we're to look at what ultimately decided both teams' conference finish in 2010, it was a 1-0 decision for USC in the Coliseum.  While USC has a multitude of upperclassmen returning in 2011 (there are only two freshmen listed on the Trojans' 2011 roster), a near loss against Washington State at home and a draw against Oregon have me giving pause to their chances of success against Stanford, OSU, and UCLA.

For the rest of the veteran conference members, the key goal will be to improve upon their 2010 records.  For Cal and ASU, things look up for their upcoming season.  Making the NCAA postseason should be their priority, but if they maintain the status quo, they shouldn't have a problem returning.  If there's one team that is on the brink of a postseason appearance, it would be the Ducks.  A young core should be improved for the coming season and be able to be slightly more competitive in the Pac-12.  Arizona and Wazzu, though, will continue their rebuilds.

In Boulder, the Pac-12, like volleyball, will present an even bigger challenge than the Big 12.  While its unknown how successful Colorado can be in the Pac-12, soccer, perhaps more than any other sport than track and field in the Pac-12, will have a distinct, powerful home advantage playing in Rockies and the altitude adjustment that necessitates for other teams.  Unfortunately for the Buffs, three of their five home conference games are against teams that finished in the bottom half of the Pac-10 last year.

Utah, unlike Colorado, will have a steep learning curve in soccer.  Going 5-15-1 and 3-3-1 in conference play may have gotten you a fourth place finish in the Mountain West, but in the Pac-12, it'll land you square in the conference basement.  Unfortunately for Utah, it appears that they just aren't equipped in 2011 to be competitive in their new conference.  It may take a few more seasons for them to climb out of their (projected) hole.

As with volleyball, the schedule will again change to reflect the new teams.  All 12 teams will play each other in a round-robin format (in lieu of a conference tournament used in other 12-team conferences) to determine the conference champion.  This (regrettably) means the loss of at least two non-conference games, and in some instances, a complete tournament is eliminated from a school's schedule.  A notable difference from previous years is that, similar to volleyball (and to an extent football), all teams will finish their regular seasons against their rival.  What doesn't change, though, is that all games will still happen on two of the three days of the weekend (Friday night, Saturday night, Sunday afternoon).  While non-conference games can happen at any time, the Pac-12 has made sure that women's soccer is played on the weekends.  This might change with the introduction of the Pac-12 Network for the 2012 season.